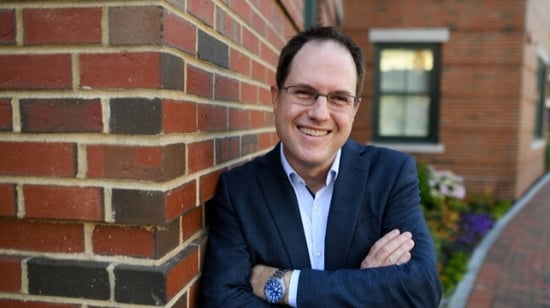 Following a nationwide search, Northeast Credit Union’s Board of Directors is pleased to announce the selection of Christopher “Chris” Parker as the organization’s next President / Chief Executive Officer who will succeed long‐time CEO Timothy J. Collia, who earlier announced his retirement after 19 years as the CEO for Northeast and the former Woodlands Credit Union.

“We are excited to bring Chris on as our next CEO. He has wonderful experience in the credit union world, and we are sure that under his direction, Northeast will continue to flourish, just as it has under our outgoing CEO, Tim,” said Raymond Bald, Chairperson of the Board.

For the past 14 years, Chris has been with Partners Federal Credit Union, in Lake Buena Vista, Florida where most recently he served as the Interim Co‐CEO. Since joining Partners FCU in 2007, Chris moved through the ranks as Chief Operations Officer, then transitioned to the Chief Member Service Officer. In 2017, Chris became the Executive Vice President, Chief Operating Officer. In this role, Chris oversaw the Credit Union’s lending, operations, payments, digital services and business transformation areas and was responsible for driving the credit union’s digital and channel delivery strategies.

“I am excited for the opportunity to work with Northeast Credit Union’s members, staff and board building on the credit union’s strong and successful history,” states Parker.

Northeast Credit Union has announced the promotion of Doug Sites to Vice President of Consumer &...

After nearly 19 years of distinguished service to Northeast Credit Union (and the former Woodlands...

To all our loyal Northeast Credit Union members

I’d like to take this opportunity to introduce myself formally. I’m Chris Parker, and since...