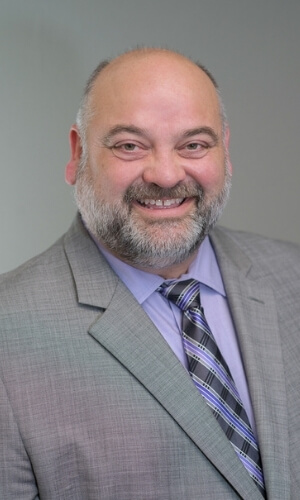 Since Collia became President and CEO in 2014, Northeast Credit Union has expanded its branch network from 14 to 19 locations, completed a successful merger with Ocean Communities Federal Credit Union expanding the organization’s footprint in Maine, increased assets from $1 billion to more than $1.8 billion, and grew the membership from 101,000 to over 139,000. Tim also had the great honor of leading the only credit union in New Hampshire to be named to the Forbes “Best Credit Unions” list the last three years in a row.

A champion of community service and giving back, Collia grew the Credit Union’s scholarship program to $40,000 in support of our student-members, launched the “Love Your Community” initiative, and established the Northeast Credit Union Foundation.

“Tim has led Northeast with heart and vision,” shared Raymond Bald, Chairman of the Board of Directors. “His contributions to the credit union and the community will always be valued and are worthy of admiration. We wish him a happy, healthful and well-deserved retirement as he returns home to his family and roots in Michigan.”

“It’s been an honor to work with so many talented people and serve so many kind and caring members. We will miss New England a great deal but my wife, Doreen, and I are looking forward to being closer to our family,” shared Collia. “From a credit union perspective, I’ve always felt that membership growth is an important indicator of whether we are living up to our mission. It demonstrates that we are enhancing lives by building strong relationships with members and the community. Mission accomplished!” he concluded.

Tim will be stepping down from the President/CEO position effective July 2, 2021. A successor has not yet been announced. The Credit Union’s Board of Directors has engaged the services of D. Hilton Associates, Inc. to manage the recruitment process.

Northeast Credit Union is thrilled to announce the promotion of Maryanne Leahy to Assistant Vice...

Northeast Credit Union is pleased to announce the promotion of Ashley Farnham to Assistant Branch...

Northeast Credit Union is pleased to announce the promotion of Monica O’Hara to Assistant Vice...